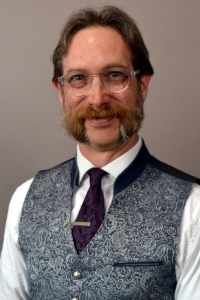 For over 25 years, Dr. Christopher Brellochs has helped create artistic and professional pathways for students to successfully achieve careers in music. He previously held the positions of Chair of the SUNY Dutchess Community College Academy of Music, Adjunct Artist in Music teaching saxophone at Vassar College, and Director of the Performing Arts Preparatory School at Hillside High School.

As a both a classical and jazz saxophonist, he has performed extensively in New York City from Birdland to prestigious Carnegie Hall. International performances have included the Church of Saint-Merri, the Selmer and Vandoren showrooms (Paris, France), and World Saxophone Congress (Zagreb, Croatia and Strasbourg, France). Brellochs’ recordings include “Quiet City” which features the world premiere recording of Aaron Copland’s complete incidental music for the play.  Brellochs worked from the unpublished manuscript to bring this adaptation to life, which The Copland Estate and Boosey & Hawkes have embraced and published. The recording received radio play on National Public Radio: Weekend Edition and Performance Today.

His current scholarly interest, “Music of the Gilded Age,” includes the research, performance, and presentation of music in historic mansions, as well as the creation of a related documentary series; he is currently involved in a new series by "Downton Abbey" creator Julian Fellowes called "The Gilded Age," which is scheduled to be released on HBO in 2022. He also maintains a YouTube channel on music theory, which has attracted an international following.