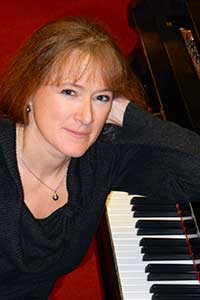 Maura E. Hall has a B.A. in Music from Skidmore College in Saratoga Springs, NY. She received a self-directed Masters in Music Education from the College of Saint Rose, Albany, NY in 1993. She is the recipient 2016 and 2021 Steinway Teacher of the Year Award.

Mrs. Hall studied under Edward Hausman, graduate of the Julliard School of Music and winner of the prestigious Frank Damrosh Prize and the G. Schirmer Award. She began teaching music in Saratoga Springs in 1989 opening Etudes Music Studio, which now has a staff of three instructors and over sixty students.